On March 30, 2016, on the initiative of Emmaüs Habitat and backed by the municipality of Bussy Saint Georges and the local management organization Epamarne, the first BIM building permit in France was filed. Six years later, the fully digitized BP is finally coming into force in the majority of municipalities in France.

On January 1 every year, a set of new rules and measures is introduced, and 2022 was no exception. This year, the French government officially introduced the possibility of applying for planning permission without any paper document. This finally clears up the first breakpoint usually occurring between the design phase of buildings and their execution. It is no longer necessary to compile the BP (Building Permit) application separately from the BIM model or digital 2D drawings. The most complete digital building permit will be produced by submitting a PDF file (cerfas no. 13409*06 or no. 13406*06) and a digital BIM model at the same time. The file will thus be processed by the town hall in an entirely digitized manner, which also implies a steady digitization of all stakeholders in the building & civil engineering industry, irrespective of their role or size. But to what extent is the construction industry really digitized on the ground, and how much of an opportunity does this new possibility of filing a digital BP represent for improving the sector’s digitization? 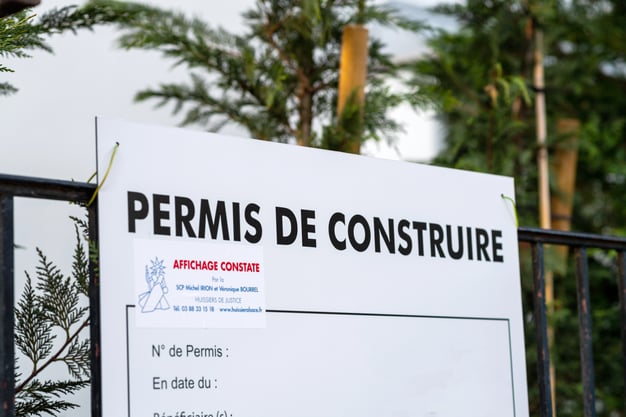 The mandatory nature of the building permit

The building permit is mandatory urban planning permission for the construction, renovation or extension of buildings in France. Created in the 1940s and issued by town halls, the BP is an official request to be able to carry out a construction project. Unfortunately, this request may be denied. The BP is mandatory for all projects of more than 20 sq. m. or when certain specific works require it, such as a change in exterior woodwork. According to a report published by the Ministry of Ecological Transition, 471,000 building permits were issued in 2021.

Thanks to the ELAN Law No.2018-1021 of November 23, 2018 (ELAN stands for changes in housing, spatial planning and digital technology), the public authorities want to facilitate the construction of new housing by building better, faster and cheaper, in particular by relying on digital technology and its integration in the processing of applications for urban planning permission by the local authority.

With this new rule, it is no longer necessary to retrieve information from the BIM models or print out the entire set of documents. In fact, all the elements can be sent to the competent authorities via the method chosen by the municipality in which the application is being made (by petition): a dedicated online space, an email, a contact form.

Since our day-to-day routines are now so embedded in digital technology, it can naturally be assumed that this possibility of a digital BP must be an undeniable asset for construction firms. This is where it's important to look at the current figures for the level of digitization in the sector.

The figures concerning the penetration rate of digital technology (BIM) in the construction industry should be considered with caution as, depending on the source, they vary between 1.5% and 66% penetration. Such a wide variation can no doubt be put down to the fact that the statistics are based on information and analytical factors coming mainly from the leaders in the building & civil engineering works sector, without taking into account the nature of the fabric sector-wide.

For small and medium-sized businesses as well as craftspeople account for 90% of the sector's workforce. But the appeal is clear, and noticeable first and foremost in the use for processing contracts via BIM procedures: 44% of public contracts and 54% of private contracts.

Two drivers should be leveraged to pick up the pace of this industry’s digitization: improve collaboration between the different stakeholders and operators and develop the use of BIM software through and within reach of all the stakeholders in the sector. 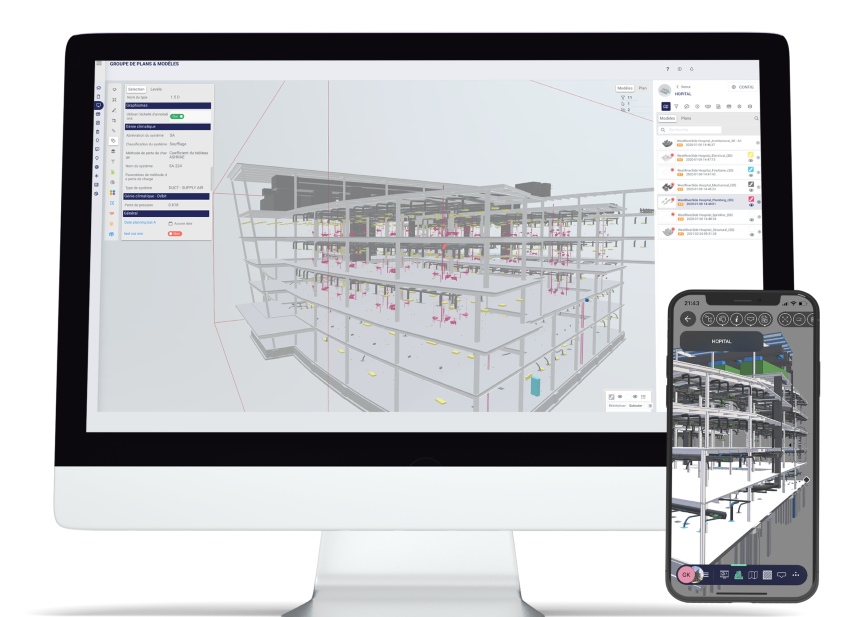 Digital continuity between design, execution and use of assets

Until now, the digital breakpoint created by the BP filing was a poor excuse for not digitizing construction projects in their entirety. Incidentally, it is common to have a fully digital design phase and a barely digitized execution phase. The ELAN law creates a digital bridge between the petitioner and the authority, between the design (project owner, architect, etc.) and the processing, authorization or administrative refusal - and therefore the local authority officials.

With these new consequences of the ELAN Law, it is finally possible to collaborate in a common digital environment. This new situation, although mainly of benefit to project owners and architects, is a tremendous opportunity for the other stakeholders in the sector to transition to digital too. It could even be concluded that the administrative excuse no longer exists.

So stop asking yourselves if you should go digital, and start asking when will you go digital with Kairnial?